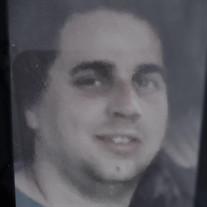 David Cassenti of Mount Holly passed away on July 14, 2021 after a long illness. He was 59 years old. David was born and raised in Mount Holly and attended Rancocas Valley Regional High School. He was employed as an Asbestos Consultant for over twenty years and had a close relationship with his boss and very dear friend Mark Rubnitz. David and Mark would bring their guitars to work sites and play for hours. Dave’s love and passion for music entertained so many throughout the years. He had nonstop energy when performing at taverns and parties, showcasing his musical talents playing guitar, bass, and sometimes drums with various bands, which frequently included his lifelong friends Bill Barnat and Bill Aaronson. Most of all he was a proficient singer and was able to cover a wide range of vocals. A night out when David played was a blast and he will be truly missed by all who partied with him. David was the son of the late John Cassenti, Ret Lt Col and Rita Cassenti and the brother of the late Roger Cassenti. David is survived by his son Ian Lee, daughter in law Brittany and granddaughter Coraline Jade of Somerdale, NJ; sister in law Carol Cassenti of Westampton, NJ; sister Karyn Cassenti and her husband and David’s high school buddy Robert Nelson of Marlton, NJ; and brothers Richard Cassenti of Galloway, NJ and John Cassenti Jr. and his wife Valerie of Orange Park, Florida. He is also survived by his nephew Christopher Cassenti and his wife Rhonda of Westampton, NJ and great nephews and nieces Brendon, Marla, and Christion. On Thursday August 12, 2021 there will be a Celebration of Life for David Cassenti starting with a service on the mount in Mount Holly NJ, at the altar, sometime around 8.30 am. We will meet at Bill Barnat's house on 423 Buttonwood Street in Mt. Holly followed by a tail gate breakfast at Bill's house. Please message Rich Cassenti on Facebook if you can attend. At 2pm we will meet at Dadz Bar & Grill, 744 Main Street, Lumberton NJ, as all of Dave's fellow musicians, friends and former bandmates will pay tribute to Dave. They have named the event "Dave Fest" and it will be hosted by Jimmy Mannix. Rumor has it there will be 4 bands to include Cheap Sunglasses, The Blenders, Big Bang, and Hoozyerdaddy, from 2pm to 6 or 7pm, followed by an open mic night. DAVE we love you and you were a popular, talented musical entertainer in the area. August 12th is for you.

David Cassenti of Mount Holly passed away on July 14, 2021 after a long illness. He was 59 years old. David was born and raised in Mount Holly and attended Rancocas Valley Regional High School. He was employed as an Asbestos Consultant for... View Obituary & Service Information

The family of David R. Cassenti created this Life Tributes page to make it easy to share your memories.

Send flowers to the Cassenti family.