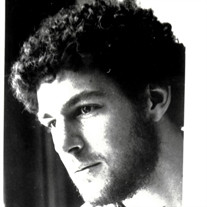 Douglas John Barber of Edgewater Park, NJ passed away on June. He was 62. Doug grew up around the corner in Edgewater Park where he walked to the school bus with his beloved childhood dog, Chippie. One of his happiest childhood memories was being a celebrated pitcher in little league baseball. Doug and his parents, George and Rita Barber, moved to a beautiful historic farmhouse during his college years; they spent years restoring it to a beautiful landmark. Doug is survived by his mother, Rita Trava Barber, who deeply loves and misses her only child. George was a loving father who supported and cherished his son. Doug graduated as a top student of architecture from Temple University. He lived in center city Philadelphia and enjoyed city life for several years after college. In 1985, he married Jennifer Bowden and moved back to his childhood neighborhood in Edgewater Park where they lived for 12 years as husband and wife. Doug began his successful architecture practice around 1992 and everyone who worked with him knew he was incredibly talented. Although Doug lived in Burlington Township, Long Beach Island was always home in his heart. He spent every summer of his life enjoying life at the family home in Harvey Cedars. He loved boating and fishing. He spent lots of time restoring a classic Bertram Yacht during many of his summers. The family loved to take boat trips around Barnegat Bay and to Atlantic City. Doug practiced commercial and residential architecture in NJ and he was passionate about good design. He had many clients on Long Beach Island who appreciated his strong and classic sense of aesthetics. He was a member of the Harvey Cedars Firehouse and enjoyed the comradery of other people who loved Long Beach Island. He will be forever in our hearts. Doug is survived by his mother, Rita Barber; he was predeceased by his father, George. He is also survived by many cousins and friends. A Memorial Service will be held on Tuesday at 3pm at the Perinchief Chapels, 438 High St., Mount Holly. Friends may visit with the family on Tuesday from 2-3 pm at the funeral home. In lieu of flowers, contributions in Doug’s memory may be made to St. Jude’s Hospital for Children. www.stjude.org Doug's tribute video is available here: https://www.tributeslides.com/tributes/show/HK5G5G2NS45C5NNC

Douglas John Barber of Edgewater Park, NJ passed away on June. He was 62. Doug grew up around the corner in Edgewater Park where he walked to the school bus with his beloved childhood dog, Chippie. One of his happiest childhood memories was... View Obituary & Service Information

The family of Douglas John Barber created this Life Tributes page to make it easy to share your memories.

Send flowers to the Barber family.