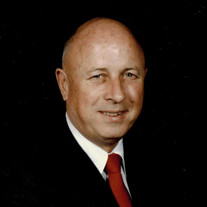 Frank D. Smith Jr., Son of New Jersey Shaped by Family and Community Family and community. Friendship and fellowship. Stewardship and generosity. Those are the words—and the values—that defined the life of Frank D. Smith Jr. of Lumberton. He died at his home in Lumberton, New Jersey. He was 93. Frank Smith was a man of boundless energy, warm-hearted humor and drive. For 55 years he could be found at a desk, or behind the wheel of an oil truck at Frank D. Smith & Sons, a fuel oil business his father had founded in 1925. He took over the business in 1968, and when his son Chip (Frank Smith III) was old enough, he joined the business and father and son worked side by side until Frank retired in 2006. Frank Dewey Smith Jr. was born at home in the village of Rancocas, NJ on September 26, 1926, to Frank D. Smith Sr. and Helen Buzby Smith. By age nine he was behind the wheel of various trucks and tractors on the roads of southern Maine where, for eighty-seven of his ninety-three years, he spent so many joyous summers. It was there, as a boy, that his life-long desire to lend a helping hand to anyone and everyone began to crystallize. Known to his many friends as Smitty or Sunny, he freely gave of his time, labor, and abilities. He redefined generosity. So many people have shared touching stories of how Frank helped them out in ways that would never be forgotten. Vigorous, outgoing and athletic, he enjoyed few things more than the company of other people, most especially his family. Smitty made connections everywhere he went, at the golf course, at restaurants, at work, traveling, and at The Rancocas Meeting House where Frank was a “birthright” Quaker. He attended Rancocas Valley Regional High School (class of 1944) where he starred in football, basketball, baseball and track, and was inducted into the RVRHS Athletic Hall of Fame in 1964. He also played semi pro football for the Mount Holly AA’s. At Marietta College in Ohio, (class of 1951) Frank played football and rowed on the crew. Frank was Trustee/Treasurer of the Rancocas Monthly Meeting, and Treasurer of the Burlington Quarterly Meeting. For many years he was President and Treasurer of the Mount Holly Vincentown Kiwanis Club and a Volunteer Fireman for Rancocas Fire Company #1. He was in the US Army Air Corps in 1944-1945. Other organizations where Frank was active include BPOE, Mount Holly; Trustee New Jersey Fuel Merchants; Board Member of the South Jersey Oil Heat Association; Member of the South Park Gun Club; Member of Alpha Sigma Phi Fraternity. An avid golfer, he was a member of the Burlington Country Club and the Provence Lake Country Club in Parsonsfield, Maine. Making human connections, helping others and making his community a better place to live was what he did. He made it look easy. He is survived by his wife of 70 years, Judith L. Smith, and their children: Frank D. Smith III, Deborah Ann Smith, (and her husband, David A. Seibert), Linda G. Massey (and her husband, Richard Pelletier.) He is survived by 10 grandchildren: Janet Massey, Lauren Smith, Christine Smith, Shannon Hansen (and her husband David Hansen), Kortney Smith, Bryanna Smith, and Kristin Seibert, Jason Seibert and Eli Seibert. His great grandchildren are Luke Hansen and Cole Hansen. He is also survived by his sister-in-law, Virginia Wells Smith, and his many nieces and nephews. He was predeceased by his brother, Thomas Buzby Smith (and his first wife, Virginia Blake Smith), and his sister, Eugenia Smith Steelman (and her husband, Earl Steelman). Due to the Pandemic, Funeral Services and burial will be held privately. A memorial service will be held at a later date. In lieu of flowers, contributions to the Rancocas Monthly Meeting would be appreciated. Contributions can be sent in care of Frank D. Smith III, 149 Country Club Drive, Lumberton, New Jersey 08048. Arrangements by the Perinchief Chapels, Mount Holly. www.perinchief.com

The family of Frank D Smith Jr. created this Life Tributes page to make it easy to share your memories.

Send flowers to the Smith family.