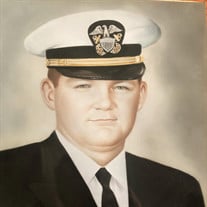 John S. Livingston a long-time resident of Burlington Township area passed away peacefully on Friday, January 29, 2021. He was 78. Son of David and Vela (Gephart) Livingston who preceded him in death as did his brother David Livingston and his sister Barbara Livingston. He is survived by his sister Joyce (Russ) Burdick, and brothers Paul (Ann) Swanson and Rahn (Sharon) Swanson. He was the husband of the late Jeanne B. (Desrocher) Livingston to whom he was married to for 49 years. His children are Calvin Livingston, Jock Livingston, Jeannie (Kevin) Holloway and John D. (Kelly) Livingston. He will be missed by his grandchildren Zachary (Angie) Holloway, Jason (Toni) Holloway, Amanda (Tim) Souders, Mary Livingston and Samuel Livingston and his great grandchildren Miles Holloway, Liam Holloway and Scarlett Holloway and Aiden Souders. He and Jeanne loved to cruise and did so every year for 15 years visiting Alaska, Bermuda (4 times), Jamaica, Bahamas and Nova Scotia, plus a couple of weekend overnighters just for the fun of dancing and enjoying each other’s company. They also visited Montreal, Toronto and Vancouver and many sites in the USA. He served in the U.S. Navy for 21 years serving at San Diego, CA. in the USS Nereus AS-17 as a Pipefitter 2nd class, at Newport, RI in the USS Courtney DE-1021 where he was selected for promotion to Warrant Officer W-1, he was then assigned as the Fire Fighting Division Officer at the Navy Training Center, Newport, R. I. After selection to W-2 he was assigned to Long Beach, CA as the R-1 Division Officer in USS Hector AR-7 which often deployed to the Japan and Vietnam areas during the following four years. He was promoted to W-3, received the Navy Commendation Medal and qualified as a Surface Warfare Officer (SWO). He then was assigned to Great Lakes Naval Training Center for 3 years where he was selected for promotion to W-4 and was awarded the Navy Achievement Medal. He was then assigned to Norfolk, VA in the USS Shenandoah AD-26 as the R-1 Division Officer. His last duty station was at the Naval Damage Control Training Center, Philadelphia, PA as Division Officer for the HT”A” School where he was awarded a second Navy Achievement Medal. He retired from the Navy on Feb. 28, 1981 and took a Ship Systems Analyst position with STAR Associates a civilian contracting company supporting the Philadelphia Naval Shipyard CV-SLEP program and due to the need for input of data into the company’s Main Frame computer he attended Burlington County College where he earned an Associate’s Degree in Business Science. During the next 30 years he worked for various contracting companies in progressively higher positions culminating with a Program Management position with General Dynamics Mt Laurel Division supporting the Naval Surface Warfare Center in Philadelphia, PA. He was a Past Commander of Willingboro VFW Post 4914 and Life Member of Riverside VFW Post 3020. He was a 4th degree member of the Knights of Columbus John Tatham Assembly and a member of the Color Corp. He is a Past Grand Knight (2 years) of Council 10994 Joint Base MDL and a former District Deputy (DD 34) serving at the pleasure of the NJ State Deputy for 3 years. He often said the Knights of Columbus was the best decision he ever made as the men and their families were special people who loved and served God and he felt privileged to be a part of the fraternal organization that is the Knights. He was a much loved husband, father, grandfather, Great grandfather, brother and friend who was great to be around as he always had a ready smile, a quick wit and willingness to help others. Relatives and friends are invited to attend his viewing from 6:00 to 8:00 PM on Thursday, February 4 at Perinchief Chapels, 438 High St. in Mt Holly. A Mass of Christian Burial will be celebrated on Friday, February 5 at 10:30 AM at Sacred Heart RC Church 260 High St. Mt. Holly. Interment will follow at General William C. Doyle Veterans Memorial Cemetery in Wrightstown, NJ where he will join his wife, Jeanne, in section Z5 Plot 1013. Due to restrictions on flowers at BGWCD Cemetery the family requests memorial donations be made in John’s name to the St Vincent DePaul Society at Sacred Heart RC Church at the above address.

John S. Livingston a long-time resident of Burlington Township area passed away peacefully on Friday, January 29, 2021. He was 78. Son of David and Vela (Gephart) Livingston who preceded him in death as did his brother David Livingston and... View Obituary & Service Information

The family of John S. Livingston created this Life Tributes page to make it easy to share your memories.

Send flowers to the Livingston family.