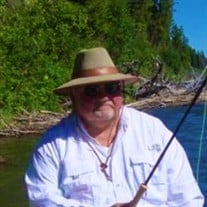 John Melton, 75, of Bordentown, passed away peacefully from COVID-19 pneumonia complications at Virtual Memorial Hospital, Mt. Holly, with his wife of 57 years by his side. John was a standout football player who graduated Northern Burlington County Regional High School in Columbus, NJ. While receiving collegiate scholarship offers, John instead chose to work and help build the family business, Melton Sales & Service Inc. In 1965, he joined his father, wife, brothers, sisters, and brother-in-law initially performing mechanical repair work at local military bases. They expanded their work to federal agency department of defense contracts, where the company employed hundreds of people across four states. All John’s children grew up working in the business, and upon them graduating college they also joined the business venture in different capacities. Big John, as he was affectionately known by many, had strong ambitions and a rare grit that local families and friends admired him for, and after 55-years of being hands on in the family business, he retired in 2020. John considered all past employees a part of his family, and generously helped many of them in various ways over the years. He also enjoyed the relationships he developed amongst the various local communities where he lived, namely in Jacksonville (Springfield Township) and Long Beach Island, NJ, in addition to Milford and Old Town, ME. Many families and friends can attest that John was a remarkably selfless and giving man, without expectation of return. That humility really made him happy, as he had a true gift of caring and positively impacting most everyone who has been lucky enough to know him. John is survived by his wife, Nadine Romaine Melton; mother, Alice C. Melton; four children and their spouses Robert and Patty Melton, Richard and Christine Melton, John and Andrea Melton; Jennifer and Chris Robles; thirteen grandchildren, Ashley, RJ, Cody, Paige, Brooke, Skyler, Hailey, Riley, Zhenya, Carter, Scarlette, Sorelle, Holden; two great grandchildren, Maddox and Madelyn; four siblings and their spouses, Floyd Jr and Ellen Melton, Alice Mary and Paul Mitchell, Deborah and Edward Klusman, Diane Grover; seven immediate family nieces and nephews Wayne Jr, Lori, Paul Jr, Jason, Dianna, Edward Jr, MaryJane; and predeceased by his father Floyd L. Melton, and one brother Wayne B. Melton. Relatives and friends are invited to attend his viewing on Thursday, January 27 from 11-2 PM at Columbus Baptist Church, 24260 W. Main St., Columbus. Funeral services will begin at 2 PM at the church. In remembrance of John Floyd Melton’s life, the family asks that any charitable donations be made to: Jacksonville Fire Co, 1793 Jacksonville Jobstown Rd, Bordentown, NJ 08505.

John Melton, 75, of Bordentown, passed away peacefully from COVID-19 pneumonia complications at Virtual Memorial Hospital, Mt. Holly, with his wife of 57 years by his side. John was a standout football player who graduated Northern Burlington... View Obituary & Service Information

The family of John Floyd Melton created this Life Tributes page to make it easy to share your memories.

John Melton, 75, of Bordentown, passed away peacefully from COVID-19...

Send flowers to the Melton family.