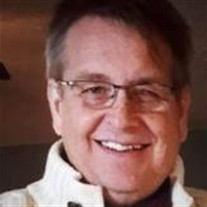 Joseph Anthony Crouchman was born on October 30, 1963 in Windsor, Ontario Canada to M. Elizabeth McCready Crouchman and Joseph Anthony Crouchman. Joseph Anthony Crouchman Jr is survived by his wife Jane Crouchman; Son Joseph Crouchman; Mother M.Elizabeth Crouchman; Sister Rebecca Crouchman; Sister Lora Durant (brother in law Eric and nephews Isaac and Ben); brother David Crouchman; many nieces and nephews; Uncles, Aunts and cousins. Joe’s love for education began early. He started school in Oakland California and then continued with grades 1-3 in the Bronx, NY. In 1972 the family moved back to Canada to begin a new life and where he remained until he was 18 years old. He was excited to be moving home to Canada, though it was an adjustment as Joey was 9 years old and leaving his school, friends, and a country he loved. A memory that is special to us, as a family, is sitting on the floor in our apartment in New York, in 1969, watching the lunar landing and Joey saying “someday I am going to fly” and “maybe I will be an astronaut”. And do you know, in that moment, as in many others throughout the years, we knew if he wanted to, he could do ANYTHING. He was 6 years old but his sisters and brother believed in him. And we still do. While in High School Joey played many sports. He excelled at hockey, soccer and skiing. Joe was involved in drama (KVHS productions of Hello Dolly and Bye Bye Birdie) and studied trumpet. He was a natural with music and could play any brass instrument made. He continued to play in bands, and in the worship teams at the churches he attended throughout the years. In 1981 at the age of 17 Joe graduated from High School and went on to Atlantic Baptist College in Moncton for a year. In 1982 Joe returned to the States where he studied aviation at Letourneau College in Texas. Flying was a great passion for Joe. He lived out that dream for many years. He started taking flying lessons at 16 and became a pilot at 18 years of age. While in College Joe put himself through school by working as a DJ at KYKX in Longview, Texas. This part time love continued over the last few years of Joey’s life. He was so proud of his role in developing and managing LifeRadio.nj.com (The Christian radio station at his church Fountain of Life in NJ). During his college years, he also began his training as an EMT which led to a lifelong career and love of the medical field. In 1986 Joe moved to New Jersey where he worked as a pilot with US Air, and then as an Instructor at Flying W Aviation School in Medford, New Jersey. It wasn’t long before Joe met and fell in love with his “Janie Girl”. In 1988 they were married. In September they celebrated 33 years together. She has been his great love and his greatest supporter. Joe was a loving and dedicated Father. He loved being a hockey (and coach) and football Dad. He was and forever will be a proud Father to his son Joey. Though it has been years since Joe has lived in Canada, he and Jane made regular visits home and though “our little yank” has not lived in Canada for years, his Canadian roots and love for all things Canadian lived in his heart always. Joe has had many careers, but his true calling was when he became a Paramedic and later an Educator earning his PhD in Health Education. The last few years as the Director of Education at the Hudson Regional Hospital in New Jersey were some of the happiest and most rewarding times of his life. He loved inspiring young minds and training his students to be the best Paramedics and Medical Professionals they could be. He could be tough, he demanded the best we could give, but he was always kind, and gentle and his big smile and quick laugh made you feel special when you were in his presence. He always made you feel like you were the most important person in the room. He was an Educator at heart and continued to inspire and educate those that knew him. He always tried to stay positive and upbeat. This would prove to be a challenge in the last two years of his life. But through it all he never complained or questioned God’s will for his life. He was loving, funny and the most encouraging person you will ever meet. But with all of these achievements, he would want to be remembered as a kind, Christian man who loved life, and his GOD and honored his life for the Lord. As believers we prepare and look forward to the day we will be with our Savior but we didn’t know that Joe’s journey would take him there so soon. He was a husband, a son, a brother, a father, a much-loved grandson, nephew, cousin and friend. He inspired you and prayed for you and if you knew him......you admired and loved him. He is Joseph Anthony Crouchman. The Memorial service to celebrate Joe’s life will be held on Wednesday February 26 at 12 noon at Fountain of Life Center, 2035 Columbus Rd, Burlington, NJ. Arrangements by Perinchief Chapels Mt Holly, NJ, USA. All friends and family are welcome to attend the memorial. It would be wonderful to have you help us celebrate Joe's life. Any questions or suggestions as to how to honor Joe please contact Joe’s sister Becky or wife Jane via Joe’s Facebook page or messenger. A memorial service will also be held in New Brunswick, Canada in April. Date to be announced. www.perinchief.com

The family of Joseph Anthony Crouchman Jr. created this Life Tributes page to make it easy to share your memories.

Send flowers to the Crouchman family.