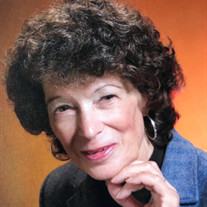 Mary Stokes Phillips, Jobstown: Mary Stokes Phillips (Mimi), age 86, of Jobstown, New Jersey, passed away on Sunday, June 21, 2020, having spent precious time with her family. Her health had declined in the last two years and she finally sucumbed to COPD and lung cancer. Mimi was born Mary Cheston Stokes on September 20, 1933. The daughter of the late William Cheston Stokes Jr. and Mary McCook Stokes, she was raised in the Germantown and Chestnut Hill sections of Philadelphia and was a lifer at the Germantown Friends School, where she graduated in 1951. Her brother, Walter McCook Stokes survives her and lives with his wife Alicia Stokes in Blue Bell, PA. She graduated from William Smith College in 1955 and then attended Pierce Business School in Philadelphia. She met her husband Frank on a “blind date” in the summer of 1958, and the two were married on May 2, 1959 in Philadelphia. They raised three children: Franklin Phillips III, Robert Stokes Phillips, and Mary Cameron Phillips Hunt (Jeffrey) in Moorestown, NJ. They later moved to the Phillips Family farm in Jobstown where they founded Mr. McGregor's Garden Farm Market in 1973. Mimi ran Mr. McGregor's Garden and remained its CEO until her retirement. Mimi loved singing soprano in the church choir and both attending and performing in the theater. She worked for the League of Women Voters and was involved throughout her life with the Colonial Dames of America. She was very involved with the Girl Scouts, serving first as an assistant troop leader and later she volunteered for special projects within the organization. She also loved spending time at her beach house in Holgate, NJ and many Princeton parties and reunions. In addition to her husband, brother, children, and son-in-law Jeff, Mimi is survived by her grandaughter Haley Hunt, sister-in-law Lydia P. Sudler, sister-in-law Alice B. Garman, and many nieces and nephews. A memorial is being planned for September.

The family of Mary Stokes Phillips created this Life Tributes page to make it easy to share your memories.

Send flowers to the Phillips family.