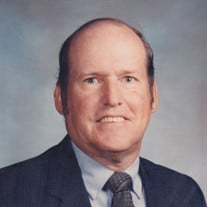 Michael D. Morse of Tabernacle passed away suddenly on November 6, 2020, at Virtua Memorial Hospital in Mount Holly. He was 78. Born in Mount Holly to Lewis and Doris (Lamaze) Morse, Mike was always happy to be surrounded by the laughter and camaraderie of good friends and family. After graduating with a bachelor’s degree from The College of New Jersey, Mike proudly served in the Army National Guard. Following his six years of service, Mike earned a master’s degree from Glassboro State College (Rowan University). He went on to passionately teach at Rancocas Valley Regional High School for more than 30 years. Mike was dedicated to helping students learn outside of the classroom as well, running the school’s ski club and coaching the bowling and track teams. Never one to sit still for too long, Mike also spent many years moonlighting as a realtor. In 1969, Mike wed his beloved bride Ruth (Emmons). Throughout their marriage, they found joy in traveling all over the world, frequenting casinos, and hosting large, entertaining get-togethers at their home. No matter where Mike went, he showed up with a smile on his face and gladly made room for others to join in the fun. He was dedicated to his bowling and golf leagues, and earning enough frequent flyer miles to be on a first-name basis with airline employees. He was also never one to turn down a round of golf, a good deal, a glass of champagne, or a chance to take a trip. Mike is survived by his three children, Michelle Morse of Southampton, Brian (Heather) Morse of Riverton, and Becki (Ed) Ellis of Southampton; 6 grandchildren; and 2 great-grandchildren. He is also survived by his brothers Larry, Danny, and Tom; his sister Ann; and many nieces, nephews, and other extended family members. He was preceded in death by his father Lewis, his mother Doris, his sister Mary Linda Giberson, and his wife Ruth. A memorial service will be held on Saturday, November 21, 2020, at 1 pm at Perinchief Chapels, 438 High St., Mount Holly. Weather permitting, the service will be outside. Relatives and friends may gather beginning at 12:30 pm. In lieu of flowers, contributions may be made to Rancocas Valley Regional High School in honor of the Michael Morse Scholarship Fund.

Michael D. Morse of Tabernacle passed away suddenly on November 6, 2020, at Virtua Memorial Hospital in Mount Holly. He was 78. Born in Mount Holly to Lewis and Doris (Lamaze) Morse, Mike was always happy to be surrounded by the laughter... View Obituary & Service Information

The family of Michael D Morse created this Life Tributes page to make it easy to share your memories.

Michael D. Morse of Tabernacle passed away suddenly on November...

Send flowers to the Morse family.