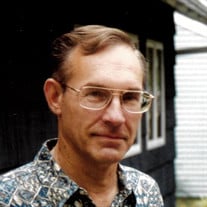 Norman Miller Jr, lifelong resident of the Village of Rancocas, was reunited in life eternal with his beloved wife of 55 years, Harriett, on Monday 12/28/20. He was 76. Born in Mt. Holly and a graduate of Rancocas Valley High School, Norm enjoyed playing youth baseball and later, slow pitch softball as an adult. He participated in many other recreational sports and activities including: tennis, racquetball, basketball, archery, fishing and biking. He also learned the accordion as a child and continued playing for decades. Norm and Harriett were avid campers prior to having children and joined a club, sharing this activity with friends. They also spent many summer vacations in PA and VA, enjoying the outdoors with their children. Norm was a long time Philadelphia Eagles fan and he got great enjoyment out of being a passionate spectator of many other sports as well. He never missed a single game during his daughter’s 3-sport career through high school. He even traveled the entire eastern United States making it his priority to attend every University of Delaware softball doubleheader during her tenure there. Norm was a devoted family man who lived about a block from his childhood home and several relatives, where he could often be found visiting or offering his assistance. He worked his way up through the ranks to become President at local company, Tech Tran, for many years. He also joined the Rancocas Emergency Squad and Fire Department and responded to countless calls to save others. He enjoyed being a member of Rancocas Methodist Church as well as additional places of worship. In addition to an already full life, Norm found his true calling to be community service through involvement with local government, town events and leadership roles as well as membership, in every organization and committee. He is a lifetime member in the Rancocas Civic Association and the Rancocas Fire Company. He held office for the Westampton Township Committee and was involved with the Land Development Board, the Westampton Historical Society and the local Town Watch. He coordinated and volunteered countless hours to Ham Dinner and Spaghetti Dinner fundraisers, spearheaded the campaign to acquire and open the Rancocas Community Center, and assisted with Christmas Tours, village gatherings and many other ongoing events. Norm worked tirelessly to improve his hometown, the local economy, and the surrounding region which he loved and valued so much. He was a well-known and respected pillar of his community that everyone could count on for help at any time. His positive impact was widespread and he will be sorely missed by both his biological and community families. Norm is preceded in death by his wife, Harriett. He is survived by his brother John, 3 children: Christopher, Andrea (Tara), and Brian (Stacey); and 5 grandchildren: Zachary, Cody, Emily, Sydney and Hannah. Friends may visit with the family on Saturday, January 9, 2020 from 10am – 12pm at the Perinchief Chapels, 438 High St., Mount Holly. Due to Covid 19 restrictions, funeral services and entombment in the Odd Fellows Mausoleum will be private. Contributions in his memory may be made to the Rancocas Civic Association, PO Box 101, Rancocas, NJ 08073. The very best way you could honor Norm would be to continue his legacy of helping others and improving the local community by taking an interest, becoming involved, and volunteering whatever gifts you may possess, towards the goal of making it the best it can be for all. www.perinchief.com

Norman Miller Jr, lifelong resident of the Village of Rancocas, was reunited in life eternal with his beloved wife of 55 years, Harriett, on Monday 12/28/20. He was 76. Born in Mt. Holly and a graduate of Rancocas Valley High School, Norm enjoyed... View Obituary & Service Information

The family of Norman Miller Jr created this Life Tributes page to make it easy to share your memories.

Norman Miller Jr, lifelong resident of the Village of Rancocas,...

Send flowers to the Miller family.