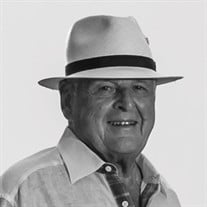 Robert C. Silcox, Sr. of Mount Holly passed away on Friday, September 25, 2020 surrounded by his loving family at Virtua-Memorial Hospital. He was 74. Born in Morristown, NJ, Bob was a graduate of Roxbury High School, class of 1964. He went on to play football at Moravian College, from where he graduated in 1968. He served in the US Army as a First Lieutenant from 1969-1972. While stationed at Fort Dix and living at the Smithville Mansion, he made the decision to establish his real estate and to make Mount Holly his home. He was President and Owner of Terra Associates, a commercial real estate and development company for over 46 years. Bob spent his time serving others in the Burlington County Area. He served on the Mount Holly Board of Education for 24 years and was instrumental in recognizing special service needs in our local public schools. He went on to serve as chairman of the Burlington County Special Services School district and served as chairman of the Burlington County Institute of Technology. He served on the Virtua Foundation Board for over 40 years and as chairman for 14 years, and recently served on the Virtua Board of Trustees. He also served as president of the Children’s Home of Mount Holly, and Vice Chairman of the Mount Holly Municipal Utilities Board. Robert was also a member, past-president of the Mount Holly Rotary Club. He was a Paul Harris Fellow and was named a Distinguished Citizen by the Burlington County Boy Scouts. Bob is survived by his loving wife Marsha (Seeger), who basked in his glow for 46 years of marriage. He was the proud father of Carly (Joshua) Hudson, of Mount Laurel, and Robert (Kimberly) Silcox, Jr. of Medford. He adored his three granddaughters: Giana, Evelyn and Madeline. He also left behind his sister-in-law Linda Silcox, nephews Frank Silcox and Craig Silcox, niece Tracy Silcox, mother-in-law Hazel Seeger, and sister-in-law Sally Seeger. He was predeceased by his mother Ann and brother William. Bob was a father, brother and friend to so many more beyond his blood relations. Nothing was more important to Bob than his family. He enjoyed playing golf with his friends at Burlington Country Club and especially enjoyed spending time with his children and grandchildren on Long Beach Island. After enduring a courageous fight, Bob left us too soon. We mourn the loss of a legend. Since the pandemic is preventing us from having a party that is truly worthy of Bob’s legacy, we ask that all of you, from wherever you are, raise a glass in his honor. And to all of his friends in low places and high, we toast in your honor. Cheers. Relatives and Friends may attend his walk-through visitation on Friday from 4-7pm at the Perinchief Chapels, 438 High St., Mount Holly. Due to Covid-19 restrictions, Mass of Christian Burial will be Celebrated on Saturday at 10:00am for family and close friends only, at Sacred Heart Church, 260 High St., Mount Holly. Burial will be in the Mount Holly Cemetery. Bob was passionate in his support of the Virtua Foundation’s Mobile Grocery Store effort to feed people in Camden County and Burlington County. In lieu of flowers, contributions in his memory may be made to the Virtua Foundation, Fourth Floor, 303 Lippincott Drive, Marlton, NJ 08053.

Robert C. Silcox, Sr. of Mount Holly passed away on Friday, September 25, 2020 surrounded by his loving family at Virtua-Memorial Hospital. He was 74. Born in Morristown, NJ, Bob was a graduate of Roxbury High School, class of 1964. He went... View Obituary & Service Information

The family of Robert C Silcox created this Life Tributes page to make it easy to share your memories.

Send flowers to the Silcox family.