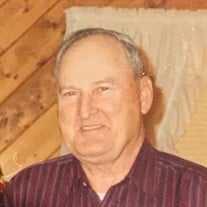 Robert Leslie (Les) Smith passed away peacefully on May 29, 2020 at his home with his family. He was born on 11/16/1922, in Wilmington, DE, to Thomas G. Smith Sr. and Elsie Dean Smith. He was one of 7 children, 6 boys and 1 girl, all of whom have passed on. The family moved to Mount Holly in the late 1920’s, where he and his siblings attended school and all graduated from the then Mount Holly High School. Les graduated in 1939. All of the boys were athletes and most are members of the Rancocas Valley Athletic Hall of Fame, including Les. WWII broke out and all of the boys in the family went to war. Les served as a staff sergeant and platoon leader in the 5th Army Association in Italy and France as a supervisor of a crew of operators of anti aircraft weapons, earning the EAME medal and Good Conduct Medal. Upon returning from the War, he was hired by Western Electric to install mainframes for telephone systems, mostly for Bell Telephone. He worked for them until 1984 when he retired. His first assignment for Western Electric was in Cape May, N J. There he met his future wife, Doris Korndoerfer (deceased ’06). They married in 1946 and had two children. From Cape May they moved their family to Mount Holly and then Lumberton. He coached baseball for the Mount Holly Little League and served on the board for eight years and loved watching the players he coached as they went on to play their sport in high school. Les became an avid golfer and played in a Thursday night league which became one of the highlights of his life. Rancocas Valley High School sports were an important pastime for him. He spent many hours watching his children, grandchildren and great grandchildren play various sports. When aging made it harder for them to get around, he purchased a golf cart to enable him and his wife to drive to the athletic fields. Les and Doris were active members of the First Baptist Church of Mount Holly. He served as a trustee for a few years. He was also a member of the Masonic Lodge of Mount Holly. His life was full of family, church and sports. He leaves his children, Bob Smith and wife Joanie from New Boston, N H, Bob’s children, Matthew Smith and wife, Amy, and Denver Smith and wife, Whitney and their son, Mac. He also leaves his daughter, Betsy Sweeney and husband, Tom of Lumberton, N J, and their children, Mike Sweeney and wife Sandy (nee Stringham), their children Avery, Kyle, Scott and Liv, Chris Creelman and husband, Brian, their daughters, Devon and Sydney, and Lisa Van Ackeren, her husband, Brendan, and their daughter, Jordyn.​ Due to covid 19, services are limited to family and are set for Tuesday, June 2 at Perinchief Chapels and Evergreen Cemetery, Lumberton, N J. Donations can be made to Shriners Hospitals for Children

The family of Robert Leslie Smith created this Life Tributes page to make it easy to share your memories.

Send flowers to the Smith family.