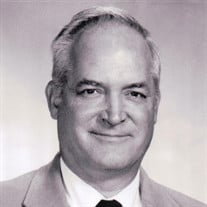 Seth S. Barton of Mansfield passed away at home on August 15, at the age of 83. Beloved husband of Marlene (Kurtz) of 61 years, he is also survived by daughters Laura Vely (Chris); Barbara Barton- Hnatuk (Michael; Judie Day (Will); and son Seth D. (Audrey). Seth’s pride and joys were his 5 grandsons, TJ Nicol, Collin and Ryan Day, and Andrew and Matthew Barton and he enjoyed attending their school events, athletic competitions and various graduation ceremonies. He is predeceased by his parents Roger and Priscilla and survived by his sister Deborah Brown (Charles). Seth grew up in north Jersey and graduated from Montclair Academy. After attending Rutgers University for forestry, he met his wife Marlene of South Amboy. They married in 1960 and settled in South Amboy. Seth started his own surveying company and was employed by New Jersey Department of Transportation in Ewing. After 30 years of service with NJDOT, he retired in 1991 and was employed by Bettigole, Andrews & Clark, Inc until 1998. Seth moved his family to Ewing in 1970 where he was a member of the Hillwood Manor Neighborhood Association, Ewing Lions Club, and subsequently the Mt Holly Lions club. He held many positions including District Governor 1989-1990. He served the area communities by volunteering with the American Cancer Society, Mobile Meals on Wheels of Trenton/Ewing, the American Red Cross and Special Olympics New Jersey. Professionally he was a member of the NJ Professional Land Surveyors, Past President of the American Society of Highway Engineers, North Jersey Section, and Director of the South Jersey Section, and a member of the New Jersey Society of Municipal Engineers. Seth had many hobbies and loved golf, the 49ers and Mets and watching all sports on TV. His favorite sport was golf and although not a scratch golfer, he enjoyed the game immensely and participated in many golfing events and tournaments. He was instrumental in establishing the Ewing Lions Golf Outing and hosted the District III Golf tournament for 15 years. Once he couldn’t play anymore, he could often be found watching it on the golf channel. Another passion of his was genealogy. He spent many hours preparing and editing family trees and preparing albums of data of Barton family history dating back to the 1600’s. As a result of his research, he met and established relationships with distant cousins in the US and abroad. He traveled throughout the Northern US to document family history and preserve the information he found for his children and grandchildren. Seth enjoyed traveling and visited all 50 states. He sailed around South American Cape and visited many of its countries. He also traveled to many other countries: Brazil, Chile, Argentina, Peru, Mexico, Panama, Dominican Republic, Haiti, Australia, New Zealand, Tahiti, Fiji, Austria, Germany, Spain, Portugal, Finland, Sweden, Switzerland, England, Holland, Ireland, Norway, Denmark, Russia and all the Provinces of Canada, to name a few! A celebration of Seth’s life will be held on September 11, at 1:00 pm at Saint Andrews Episcopal Church, 121 High Street, Mount Holly, NJ. In lieu of flowers, donations can be made to Special Olympics New Jersey, One Eunice Kennedy Shriver way, Lawrence, NJ 08648; Mansfield First Aid Squad, 41 Fieldcrest Drive, Columbus, NJ 08022 or an organization of your choice.

Seth S. Barton of Mansfield passed away at home on August 15, at the age of 83. Beloved husband of Marlene (Kurtz) of 61 years, he is also survived by daughters Laura Vely (Chris); Barbara Barton- Hnatuk (Michael; Judie Day (Will); and son... View Obituary & Service Information

The family of Seth Sargent Barton created this Life Tributes page to make it easy to share your memories.

Seth S. Barton of Mansfield passed away at home on August 15,...

Send flowers to the Barton family.