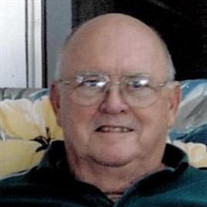 William P. Barber, Sr., 94, of Lumberton, passed away peacefully on Tuesday, February 23, 2021. “Bill”, as his friends and family knew him, was born on June 24, 1926 in Waltham, MA to the late Mitch and Catherine (nee O’Neil) Barber. He was raised in the neighboring town of Newton, MA, along with his four siblings. Bill is predeceased by his first wife, Catherine J. (nee McCabe) Barber, his brothers, Robert and Frederick Barber, and his sister, Virginia Connelly, as well as the dozen or so four-legged family members he rescued and cared for throughout their lives and his. Bill is survived by his wife and soulmate, Helen Barber; his son, William Jr.; a sister, Ann O’Brien; and his frisky cat, Eddie, as well as many nieces and nephews. Bill’s journalistic career covered six decades, beginning as a cub reporter for the Boston Globe while attending Northeastern University and ending with his retirement from the Burlington County (NJ) Times in 1991. He later wrote many non-sports articles for the Philadelphia Inquirer for its Commentary Page while in retirement. Arriving in Burlington County in 1953, he became sports editor of the now-defunct Mount Holly Herald. Bill saw a great many changes take place in the county over the years which then had only eight high schools in a mostly rural setting. After 16 years at the Herald, He joined the sports staff, later becoming sports editor, of the Burlington County Times in 1968 where he won many National, State, and County awards for writing and editing. His popular golf column, “The 19th Hole”, was a well-read fixture in the Sunday editions. Bill, who was well-known for his wry sense of humor and good nature, also covered many PGA and LPGA tour golf evens when they visited this area and occasionally filled in covering the Phillies in spring training and in 1980 when they won the World Series. In 1990, he was honored by the S.J. Coaches Association when it named him to its hall of Fame because of his extensive local sports coverage. Bill was also very active in community affairs, having served 10 years as a member and president of the Lumberton Board of Education. In addition, the was a long-time coach and one of the founders of the Mount Holly Little League. He was also president of the Burlington County Press Association and a 53-year member of the Mount Holly BPOE Elks Lodge, American Legion, and the local Perkins Golf League. In retirement, as a friend of Bill’s, he was very active in helping others in their battle to overcome alcoholic addiction and was a constant and valuable member of the Gratitude Group of Mount Laurel and before that with the Red Lion Group of Medford Lakes for a combined 44 years. A member of the “Greatest Generation.” Bill was a much-decorated communications platoon sergeant (Sgt. 1st Class) with the 25th Infantry Division (35th Regiment) which fought in the Pacific theater in the Solomon Islands, Guadalcanal, New Georgia and in the Caraballo mountains of Luzon in the Philippines. In addition to the presidential unit citation ribbon, he was awarded the Combat Infantry Badge, Soldier’s Medal, Bronze Star Medal, Purple Heart medal, Asiatic-Pacific ribbon with one battle star, Philippine Liberation Medal (one battle star), Good Conduct Medal, and Occupation of Japan Medal and the Victory Medal. While attending college after the war, there was awarded a commission as a second lieutenant in the Air Force Reserve. He graduated from Northeastern University in 1952 where he was active as editor of both in Northeastern News college newspaper and The Cauldron year book and in many other activities. Bill was also elected as a member of “Who’s Who In American Colleges and Universities” and eventually received a Bachelor of Arts degree in English-Journalism. Funeral services will be held Wednesday August 4th at 10:30am at Perinchief Chapels, 438 High Street Mount Holly, NJ 08060. Friends and relatives are invited to visit with the family from 10am-10:30am. Arrangements are under the direction of Perinchief Chapels, Mt. Holly. www.perinchief.com

The family of William P. Barber Sr. created this Life Tributes page to make it easy to share your memories.

Send flowers to the Barber family.