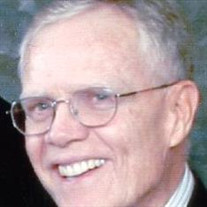 William R. Muir, MD died May 24th at his home in Lumberton, NJ surrounded by his family. He was a doctor, an adventurer, a husband, and a beloved father. He started a private practice in general surgery in Mt. Holly affiliated with what was then Burlington County Memorial Hospital (BCMH). He was in practice for 35 years prior to retiring in 1994. Following his retirement, he wanted to give back to the healthcare community so he decided to serve as a surgeon with the Indian Health Service at the Northern Navajo Medical Center in Shiprock, New Mexico for 3 years before retiring completely from surgical practice in 1997. He was born in New York City where he attended elementary school and the Bronx High School of Science, graduating early at the age of 16. He then graduated from Virginia Military Institute with a degree in English at 20. He interviewed for medical school at the time of the beginning of the Korean War. Wondering whether he should fulfill his obligation to be an officer, or pursue his medical career, he was told by an advisor that “The country needs you more as a surgeon than the Army needs you as an officer.” In 1954, he received his medical degree from Columbia College of Physicians and Surgeons in New York City. His internship and residency were completed at The Hospital of the University of Pennsylvania where he met his future wife, Dorothy Myles, a nurse in the Obstetrics Department. After marrying Dottie, he started his surgical practice in Mt. Holly, NJ in 1960. They eventually moved their growing family to a farm in Vincentown, NJ in 1963. It was there that he enjoyed and expanded his love of landscape, horticulture and colonial architecture. After raising their children and retiring, he and Dottie moved to Medford Leas at Lumberton in 1999. Dr. Muir was a Fellow of the American College of Surgeons (ACS), and served as President of the New Jersey Chapter, and as Past President and Governor of the New Jersey Chapter of the ACS. Additionally, he served as Chair of the Department of Surgery at BCMH for 25 years from 1969 until his retirement in 1994, President of the Medical Staff at BCMH, and completed a term as the President of the Burlington County Medical Society. In addition to his contributions directly to BCMH, he also contributed to the South Jersey medical community. Deeply moved by the death of a friend who could not get timely medical care in the Long Beach Island area, Dr. Muir, along with other leaders at BCMH, helped to develop the Southern Ocean County Hospital. Dr. Muir was not only a great surgeon, but also a devoted and gifted teacher. In 1970, he began a preceptorship program in Surgery that evolved into a four-year program in General Surgery affiliated with The Hospital of the University of Pennsylvania and Graduate Hospital. He also was instrumental in developing surgical affiliation with Hahnemann University. With that affiliation came a great number of surgical residents, many of whom eventually chose to practice at BCMH. His love of sailing and celestial navigation inspired memorable adventures with family and friends to the Caribbean and on the Chesapeake Bay. In addition to his love of the Chesapeake Bay, he developed a fondness for Chesapeake Bay Retrievers and eventually owned three of them. During his free time, he enjoyed visiting and taking out-of-town visitors to his favorite Philadelphia museums: The Philadelphia Museum of Art, The Barnes Foundation, and The Penn Museum, along with attending performances of the Philadelphia Orchestra and the Chamber Orchestra. In retirement, he devoted much of his time to world travel, the study of the history of world civilizations, music, the fine arts, and other subjects he had deferred in preparing for and during his medical career. Dorothy, his beloved wife and companion of 54 years died in 2010. He is survived by his three sons, William, Jr. (Karen), Richard (Lorena), and Christopher (Rose); three daughters Mary Elizabeth, Carolyn (Ken Kuchman), and Jennifer; as well as eleven grandchildren and five great-grandchildren. A funeral mass will be celebrated privately. Interment will occur at Calvary Cemetery on May 28th 2021 at 2:00pm. A Celebration of Dr. Muir’s life is tentatively planned to take place at Medford Leas on August 27, 2021. Details will be available on the Medford Leas calendar as the date approaches. In lieu of flowers, the Muir family would be honored if you would attend a performance of the Philadelphia Orchestra or make a donation or plan a visit to one of his favorite cultural organizations, the Philadelphia Museum of Art, The Barnes Foundation, or the Penn Museum.

William R. Muir, MD died May 24th at his home in Lumberton, NJ surrounded by his family. He was a doctor, an adventurer, a husband, and a beloved father. He started a private practice in general surgery in Mt. Holly affiliated with what was... View Obituary & Service Information

The family of Dr. William R. Muir created this Life Tributes page to make it easy to share your memories.

Send flowers to the Muir family.