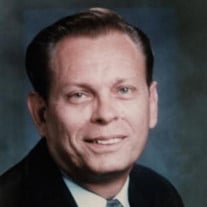 William A. Seitz, Sr. of Springfield Township, passed away peacefully at his home surrounded by his loved ones on October 1, 2021. Son of the late Albert and Dorothy Seitz, Bill was born on February 4, 1936 in Philadelphia, PA where he was raised until moving with his family to Browns Mills, NJ his senior year of high school. Bill graduated from Pemberton High School in 1954, and it was there he met the love of his life Peggy Grover. After high school, Bill enlisted in the US Navy where he served in the Korean War as part of the Submarine Force with the US Atlantic Fleet. While in the Navy, Bill and Peggy married and had two children, of whom he was very proud. After his honorable discharge, Bill worked as an Electro Data Engineer for 32 years for the Burroughs Corporation. After retiring, Bill pursued his passion for woodworking and began his own cabinet and furniture making business, Bill’s Cabinet Shop. His collection can be found throughout the Tri-State area. Bill loved reading and studying American History, especially the Revolutionary War and the history of U.S Navy Submarines. He also loved to build models, R/C boats and planes. Bill was a kind and loving man who adored his wife and family. He will be greatly missed by all who loved him. Bill is survived by his beloved wife of 65 years Peggy, his daughter Cynthia Sullivan and her husband Richard, his son William A. Seitz Jr. and his wife Tracy, his grandchildren Gene Mosca, Alexander Mosca (Marion), Lauren Seitz, Jared Seitz and three great grandchildren. Bill is predeceased by his parents, Albert and Dorothy Seitz, and his brother, Andrew T. Seitz. Funeral services and interment at Brigadier General William C. Doyle Veterans Cemetery will be held privately in accordance with Bill’s wishes. In lieu of flowers, contributions in his memory may be made to Endeavor Emergency Squad at www.endeavorsquad.org or Deborah Heart and Lung at demanddeborah.org

William A. Seitz, Sr. of Springfield Township, passed away peacefully at his home surrounded by his loved ones on October 1, 2021. Son of the late Albert and Dorothy Seitz, Bill was born on February 4, 1936 in Philadelphia, PA where he was raised... View Obituary & Service Information

The family of William Albert Seitz Sr. created this Life Tributes page to make it easy to share your memories.

William A. Seitz, Sr. of Springfield Township, passed away peacefully...

Send flowers to the Seitz family.