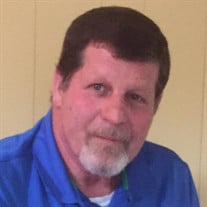 William “Bill” Trump, Sr., of Mt. Holly, passed away suddenly on Saturday, August 22, 2020 at Deborah Heart and Lung in Browns Mills. He was 60. Born in Philadelphia, PA; the son of the late Theodore Hunter Trump and Carolyn June Whealton. Bill loved the Lord and was a born-again Christian and worked hard to be right with God. His values could be found in the words of “I love you” to the people that were close to him, or sometimes to complete strangers. He talked about the Lord to everyone that would listen, and still loved those who wouldn’t. Love is a word that most men are scared to use. They run from the implications and impact of the word. The fact with Bill is that he embraced that responsibility that came along with love and loving his wife, kids, family & friends. There wasn’t a conversation that ended without I love you. He was a passionate man, that loved with abandon. Family and friends were everything. Bill continued to love as hard as he could and sharing that love with his countless nieces, nephews, brothers and sister in laws. He loved meeting his newest granddaughter Winter Violet. Bill could often be found with his loving dogs Goliath and Baby Girl. Bill graduated from Burlington City High School Class of 1978. He was an athlete and played football and wrestling during his high school years. He also loved playing softball for the Burlington Nazarene softball team with his brothers. Bill was an avid golfer and last year witnessed his brother’s Mickey’s hole in one. They could be heard miles away celebrating together. Bill also loved watching the Eagles win the Super Bowl and also watching the Phillies with his cat, Chase Utley. Bill enjoyed listening to music. He was an avid fan of Neil Young, the Beatles, and after years of hating country music he became a fan of Tim McGraw and other country music. Bill loved playing guitar and singing as a founding member of the TrumpBoyz band that he formed with his brother Dan over 30 years ago. He also loved playing guitar and singing with his friend Brian Gregory, then posting them on Facebook, where he could share with old friends far and wide. He loved fishing with his sons and grandchildren. Despite his lovely wife’s objections, Bill was an avid scrap picker and his companions frequently includes his son Bill Jr, and his granddaughter Natalie. Thanks to Facebook, Bill was able to reconnect with old friends, who he would spend hours talking with reminiscing old times and about new problems. Bill is survived by his wife of 39 years, Margaret (nee Cox); children, Gary Thomas Grant (Summer), William Joseph Trump, Jr. (Amber), and Jesse Ryan Trump; grandchildren, Kaila, Gary, Ryan, Natalie, Daniella, Maddie, Megan, Jacob, and Winter; brothers, Dan (Barbara), Ted Jr. (Kathy), Mickey (Linda), David (Diane), and Robert; and sister, Barbara. He continued to love as hard as he could and sharing that love with his countless nieces, nephews, brothers, sister, and sister-in-laws. Relatives and friends are invited to attend a celebration of Bill’s life on Sunday, August 30 at 1:30 PM at the Hainesport Municipal Complex, 1401 Marne Highway, Hainesport. Please observe all social distancing guidelines and wear a face mask at the gathering.

William &#8220;Bill&#8221; Trump, Sr., of Mt. Holly, passed away suddenly on Saturday, August 22, 2020 at Deborah Heart and Lung in Browns Mills. He was 60. Born in Philadelphia, PA; the son of the late Theodore Hunter Trump and Carolyn June... View Obituary & Service Information

The family of William Joseph Trump Sr. created this Life Tributes page to make it easy to share your memories.

Send flowers to the Trump family.